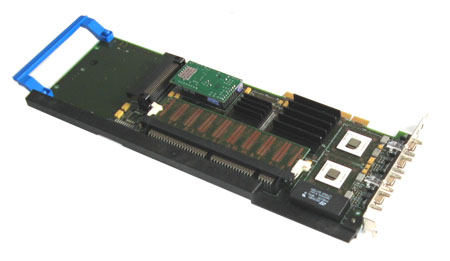 Its been a crazier than ever year. All will become clear soon. But one of the things I wanted to discuss with you all is just what kind of history comes with the team of ~150 storage people that I work with on a daily basis. Of course there are a WHOLE bunch more people that are involved, but when it comes to raw, at the coal face, day to day work, the rest of them wouldn’t have anything to do unless the team here innovated, designed, developed and tested.

I joined the team back in 1996, a mere youngester at the tender age of 22 having just come out of Uni studying Computer Science. I’ve long since believed that University simply takes you on the next level of being able to learn. Have I ever used, understood why, or what my solving “second order partial derivatives” was actually for?

Anyway, having grown up at the age of 6ish with a Vic-20 that my Dad had convinced his boss he needed at home, as it spoke the same language as is Commadore Pet and he could “work at home” (remeber this is circa 1980) I soon discovered the ESC key and LIST…

When I joined the IBM UK Storage team, we’d just released the first 2-way SSa (Serial Storage Architecture) MCA (MicroChannel Adapter) 7133 card. This was the fruit of may peoples labor, including our long standing DE (Distinguished Engineer) Ian Judd. Ian basically invented SSa. This was Serial link based, so instead of the SCSI bus parallel architectures of the day, this could make use of bi-directional links, and one of SSa’s key concepts, “Spatial-reuse”. The idea that once the link between device A had passed on a packet to device B, device A could send another packet, sort of Token-Ring but without the need to arbitrate the loop/ring first. So data could be sent to any device on the loop at any time.

As with a lot of great ideas within IBM, it was one of its “best kept secrets”, and while the “industry” as a whole had an excursion into FC-AL (Arbitrated Loop) – here we are today with S-ATA and S-A-SCSI the first S in both being the key Serial….

I remember when, not long after I had blown up my first bit of kit, we got the first 4.5GB disk drive into the lab. This was around the same time we produced the first SSa RAID Adapter. This provided 2-way attachement of RAID-0, RAID-1 and RAID-5 arrays. The original JBOD attached MCA adapter was upgraded to 8-way support. You have to remember that was years before SANs. The concept of attaching 8 servers to the same set of disks was unique.

The fledgling PCI form factor was coming, and what these days would be know as HBA’s, the SSa cards, were adapted to run in PCI based machines as well as MCA RS/6000 and PC Servers. SSa was originally spec’ed at 20 MB/s but due to its spacial re-use and bi-directional loop technology meant it could return up to 80MB/s – maybe doesn’t sound a lot, but was more than enough at the time.

The concept of dual-ported disks was previously unknown. SSa was the first disk technology to introduce the concept of two “loops” of access to disks. This meant each 19″ enclosure of “7133” disks could have bypass cards, that looped back, or connected drives to each “HBA”.

In 1998 IBM introduced SSa 40 – a doubling of the bandwidth, when meant 160MB/s per dual loop. The technology was sound, and the concepts it brought to “direct attached storage” were great. You could lose a drive, and the loop would still have access to all the other devices.

The problem with SSa back then, that stopped it from being a real world beater, was that it needed a proprietry disk interface to make it work. Drive manufacturers already had to make SCSI and ATA disks, IBM (back then) still made disks and so we could produce our own SSa drives, but without a second source manufacturer… and when FC-AL became an industry standard SSa as an interface was doomed.

External drive manufacturers wanted no more than 3 interfaces. So ATA, SCSI and FC-AL won out. The biggest issue, as I’m sure ANYONE who has worked on FC-AL knows is how to mend the loop when a single drive, link or loop goes AWOL. What we’d taken for granted with SSa was now a NIGHTMARE with FC-AL. Infact I can probably credit my “Master Inventor” status to several hundred hours spend in architectural discussions after we’d made the decision to switch from SSa to FC-AL – and just how could we make it as reliable – never mind better – than SSa already was.

SSa as a storage solution had about a 95% attach rate to the then System P (RS/6000) servers, many of them having SSa inbuilt to the server, and sold more than 10PB of SSa disk – doesn’t sound a lot, but given the average drive size was 9GB, thats over 1,000,000 SSa disks…