Its always amusing to be pinged by several people asking for comment on the same topic. This time it seems that Pure are trying to use their lack of function (there are several) and sell it as an advantage, while attacking the competition that do have it. I know reverse psychology worked on my kids... END_OF_DOCUMENT_TOKEN_TO_BE_REPLACED

ORIGINALLY POSTED 28th February 2010 14,778 views on developerworks There has been a lot of twitter banter, and blog posts about Tiering. Netapp claiming you don't need to tier, EMC and IBM saying tiering is important and 3Par Farley going so far as to say that Netapp can't do tiering easily, hence their response, and... END_OF_DOCUMENT_TOKEN_TO_BE_REPLACED 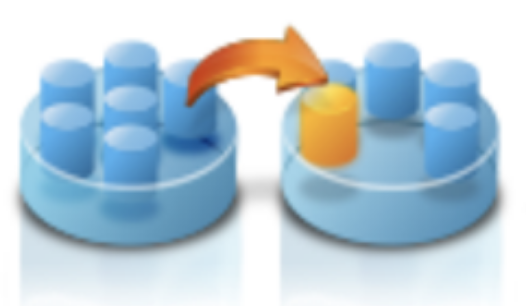 ORIGINALLY POSTED 14th December 2008 11,836 views on developerworks In part 1 of this series I covered the terminology of SVC. Part 2 showed how you would introduce existing volumes into a virtualized environment using SVC. In part 3 I cover the 'now what'... Making the most of it Once you have imported the data,... END_OF_DOCUMENT_TOKEN_TO_BE_REPLACED

ORIGINALLY POSTED January 21st 2008 13,232 views on developerworks I'm in the middle of another take on the - Why Virtualize? story - looking at it from a subtly different angle - more of that later this week hopefully. But I have to quickly delve a little bit deeper into the concept of effective Tiering.... END_OF_DOCUMENT_TOKEN_TO_BE_REPLACED